Sheffield Removals › Blog › What Paperwork Will I Need During An International Removal?

For those who are about to move house, one of the main things which keeps cropping up is paperwork. For those who are moving internationally, this can be particularly tiresome. With so much to think about when moving home, the paperwork is one of the things which is easily forgotten and one of the things which can turn out to be the most important. If you are thinking of moving abroad, then figuring out which paperwork you will need during the move is absolutely vital. Those are moving abroad, is there a good way of figuring out which paperwork you will need during an international move?

The first thing which you should do before moving home is to do your research. The correct amount of planning can often help avoid any difficult situations while moving home and this is particularly pertinent when it comes to matters such as paperwork. The concept of moving abroad is such a large and unwieldy subject, that having one specific answer is often difficult. Whichever country you are moving to will likely have different laws and different paperwork requirements, meaning that giving one generic answer is not that simple. As such, the first thing which you should do is to research to specific country you are looking to move to. Going on that country’s website will often give an indication of which piece of paperwork are needed in order to move to that country. Depending on EU law, moving between countries can often be quite simple quite difficult depending on your nationality and the particular country to which you are moving. The first that should always be proper research.

It is possible, however, to think of some documents which will need in every situation. One of the most important things to take with you the matter whether you’re moving abroad or domestically is your passport. Having your passport with you not only as part of the movement during the move itself is a vital step. It is likely that once you reach the border you will be asked to present your documentation and the passport will be a big part of this. Not only will you need to make sure that your passport is with you but you have to make sure that it is in correct order, meaning that it has not expired and that it is still legitimate.

Another important piece of paperwork which you really when moving house, is the documents pertaining to the new property. While this might not be an issue which comes up at border control, customs or any such similar place, it will be something that you will need to have with you when you arrive at the new home. If it is decent new house or rental contract, having them with you during the move can be very helpful. Before departing from the new home make sure that you have all of the documents regarding moving in that you need and that they are all signed and dated in the correct manner.

One of the things which most often forgotten while moving abroad having the right paperwork for your pets. If you’re thinking a dog or cat to a new home in a new country, it might well be that you have to give them several injections and several inoculations in order to make sure that they can travel. Once you get this done by your vet then they will likely give you a set of paperwork which you can use at the border to prove that the pet has been vaccinated. In some countries, the pets may have been placed into quarantine, and this will depend on the country in question. 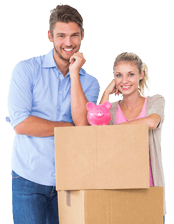